Required Resources
Read/review the following resources for this activity:

Post Instructions
Think about conversations around politics when you were in primary school (around age 10). What were some of the ways you learned about the political establishment through family members and friends? How were you politically socialized as a child? Use evidence (cite sources) to support your response from assigned readings or online lessons, and TWO outside scholarly sources.

In primary school, many of us dutifully recited the Pledge of Allegiance and took history classes extolling American virtues. Even though primary school is over, political socialization continues. One need only think back to the football players who recently took to their knees during the Star-Spangled Banner to see political socialization in action. Those players risked ridicule from the entire political establishment and citizens. We are socialized to be ideal citizens, loving freedom, hating tyranny, and respecting political socialization. Luckily, in this United States this has not turned into nationalism leading to a totalitarian government. This week is about how we are socialized to become ideal citizens.

When nations begin developing and forming their governing structure, one essential component is building a country that respects and reveres the government structure; this is referred to as nation-building. Nation-building comes in many forms, but the most powerful is socializing citizens into ideal ambassadors of the nation. This socialization begins with family and extends to school where we are often taught to live by rules, laws, and rituals. 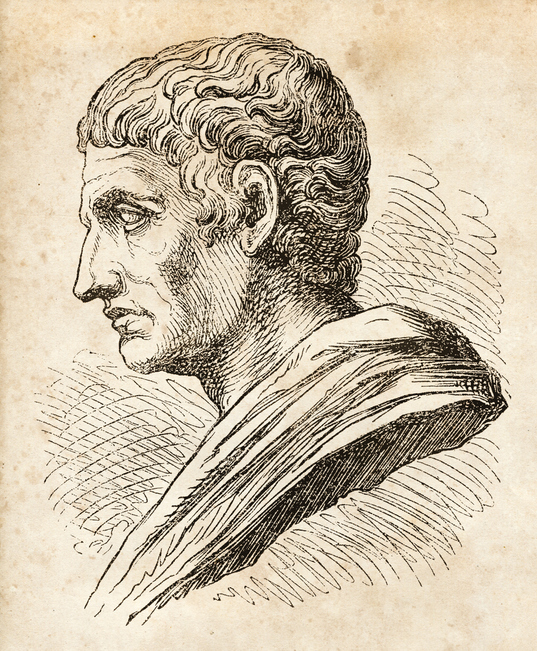 Aristotle believed that to be a good citizen meant to be actively involved with the state enlightening and educating its citizens (usually free men). Furthermore, Aristotle did not just expect the citizen to be virtuous thus automatically becoming a good citizen; instead, he assumed the good citizen to have enough leisure time to participate in governing (Clayton, n.d.). The United States took the role of citizen educator seriously, adopting standards for socialization.

Think about when you first began forming opinions about the political culture. How did this come about in your life? Usually, we first mimic our families in learning about what is, and what is not acceptable. Our families often influence how we feel about voting, paying taxes, hot button issues such as abortion and immigration, and politics in general. Most children will gravitate toward the party their parents chose, which shows the power of family political socialization.

Religion, also, plays a part in political socialization. The First Amendment of the US Constitution affirms the right of every citizen to speak their mind, to ask the government to help them, and to allow people to express their religious preference. The latter has been hotly contested throughout the years, but the US Supreme Court, the final arbitrator of laws, has mostly upheld there is an invisible wall between Church and State. Religious establishments often interject their moral objects to specific issues, such as abortion, to the various branches of government through direct and indirect advocacy. Political socialization occurs when the head of the religious establishment pontificates a particular view on an issue, or the establishment’s rules explicitly state what believers must abide by (Masci, 2016).

Schools and peer groups are two other powerful tools used in socializing. With the establishment of schools to educate young people until at least 16 years old, there is a robust education around being a good citizen. At school, we are not only taught about history, but we are also informed about the importance of political participation. Moreover, schools model the rituals and rules around being a good citizen, like standing up for the Pledge of Allegiance. Another powerful tool is peer groups. We tend to seek out like-minded people to socialize and form community with, usually people with the same political views; this plays to a person’s psychological need to be accepted by a group.

Finally, mass media and the Internet have become powerful tools to socialize the public. In the 2012 debate between President Obama and Governor Romney, Twitter showed its strength. Governor Romney’s hours of discussion was simplified to “Big Bird, Bayonets, and Binders Full of Women” (Rogers, 2012). The Twitter trend has continued as Presidents Obama and Trump both use this medium to reach voters and the public. Additionally, in the 2016 election, claims were made of the fake news pieces on Facebook, which was primarily believed by the Democratic Party to have caused the loss of Presidential candidate Clinton. Whether watching Hannity on Fox News or Maddow on MSNBC, the public is inundated with political messaging. Oftentimes the mass media, and increasingly the Internet, are shaping people’s political views.

Political socializing is important for governments to gain legitimacy. Whether it is at home, in the bar, at school, with friends, or looking at Facebook, politics seem to loom large.

Totalitarianism and the Good Citizen 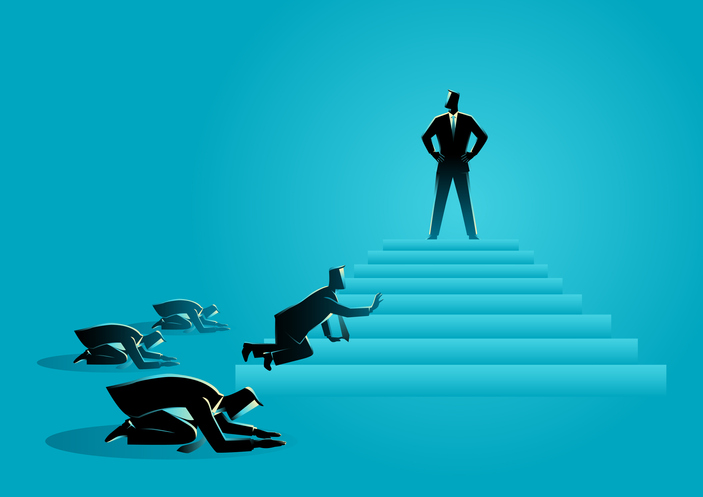 Tyranny is a form of government by one ruler, and oligarchy is a form of government with several rulers. Both forms often give power to only a select few creating a totalitarian state. In order to maintain complete control in a totalitarian state, rulers often control and utilize mass media to generate fear toward a specific group of people, and thus create a common enemy. These governments often use violence to maintain control of the citizenry. We can look to the motion picture The Hunger Games, to see how fear-based control might look. In the movie, President Snow sanctions the murder of children from each district to control the people and pay penance for an uprising that occurred against the government decades earlier. As the movie unfolds, Katniss becomes the sign of the resistance seeking to stop the games and return control to the people. President Snow to keep control highlights whippings and shootings on mass media. Although the Hunger Games is fictional, many totalitarian states have existed in Germany, China, and Haiti.

It is no doubt that it is hard to be a good citizen in this kind of totalitarian regime. But throughout history, there is evidence of citizens going through extraordinary efforts to help the scapegoated population. For example, some Germans helped the Jewish people escape Nazi Germany. People, often risking their lives, have protested, took up arms, and performed a myriad of other civil disobedience tactics to change a regime. 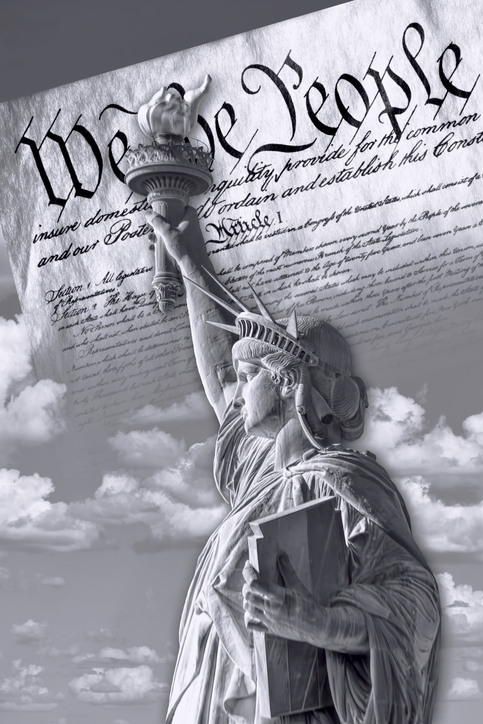 It is important for us to be vigilant and resist a state from turning to an elite ruling class with total control. Democracy is fragile. To maintain democratic principles, it takes engaged citizens that vote, protest, debate, and compromise, even when entrenched ideologies are at stake.

As a dedicated writing company, Quality papers seeks to engage the learners throughout the learning process and guiding them in the best possible way. We aim to make a difference in students’ experience, especially in attaining high grades. The company has qualified staff in different departments who uphold high levels of professionalism. Our writers, editors, managers, customer service personnel are friendly; hence, providing a conducive environment to interact with you; the client. We offer guidance across various tasks including essay wring, article writing, thesis proposals, dissertations, coursework, and project management among others.

1. High-Quality: High-quality is a priority. As such, we ensure our customers have classic experiences to attest to their peers. We have the necessary software, which ensures whatever we deliver is grammatically sound and original.

2. Professionalism: Our staff are highly trained to handle our client with utmost respect. At Quality papers, we ensure the customers have a wonderful experience throughout the interaction period.

4. Quality Assurance: We have adequate writers to match each task with the appropriate professional. The firm has up-to-date software to check paper ensuring they are error free before delivering to the customer.

5. Money Back Policy: As a client-oriented service, we offer 100% refund for the following: if we received a double payment from you; if you placed similar orders twice (or more) and paid for all of them; the writer has not been assigned; you asked to cancel the order within 20 minutes after placing it; an e-Check payment has been sent (the Dispute Manager will contact you accordingly). Other cases involve a comprehensive investigation by the Dispute Department and feedback given within 24 hours. We value our customers; therefore, the process will be fair, fast, and precise.

5 .Free Revisions: You can request for revisions at no additional cost. However, this does not entail complete change of the initial order instructions and if it is not past ten days upon your approval.

6. 24/7 Customer Care: Our support team is always available to help when needed.

Process of Placing an Order

NOTE: If you have any question, always contact our support team before the commencement of your project. ALL THE BEST”: